Following an earlier appeal decision, Hume Planning Consultancy has been instructed by the landowners to prepare a fresh housing scheme to address the specific design concerns raised by the appeal Inspector.

To inform the design process, interested parties from the village were invited to review and discuss the baseline work and suggested design choices, which were shown on a series of exhibition boards at the Capel-le-Ferne Village Hall between 10:00am – 14:00pm on the 26th January 2019. Members of the public were also able to raise any questions with the consultancy team at the public exhibition, and a questionnaire was provided for residents to fill out and record their feedback, which will help influence the new proposals.

The material shown at the public exhibition, as well as digitised version of the questionnaire, can be found below for those unable to attend the exhibition or who wish to review the material again. Last comments on the emerging proposals should be made by noon on Monday 4th February 2019. 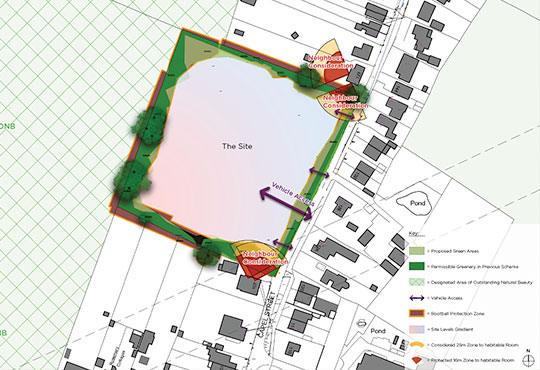